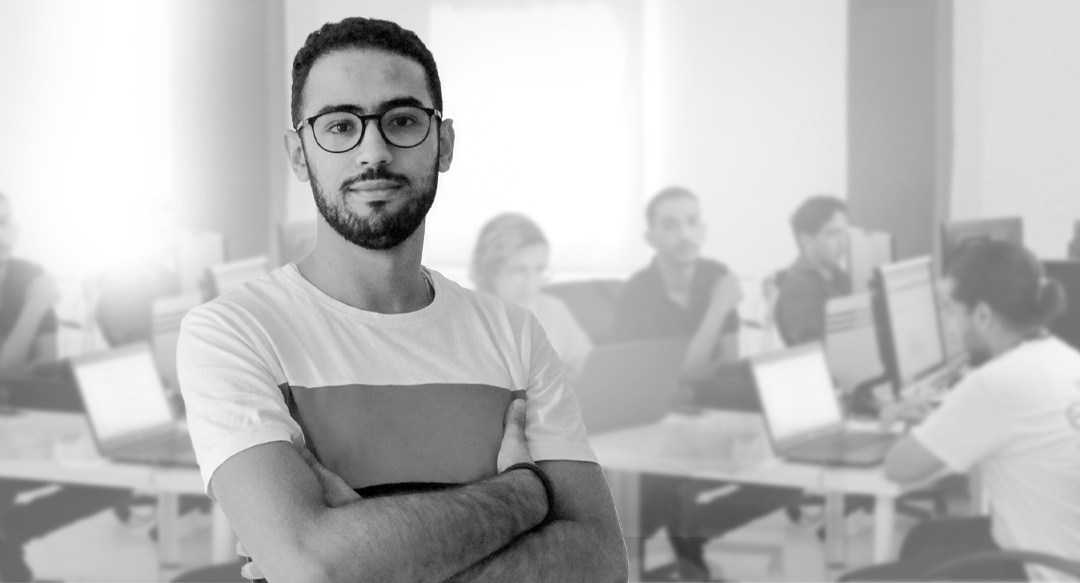 This is Omar El Ghati

The adventure at Pulse began in 2018. I was working in a company where I had my internship, in Rabat and Youssef contacted me to pass an interview and join Pulse. At first I rejected the idea of working in Marrakech as in my field the most attractive opportunities occur between Casablanca and Rabat mostly. I haven’t really considered moving out until i passed the first interview and later that same week i had a whole protocol of several other interviews with couple of tech supervisors to validate my validation. I was kind of captured by this largely beneficial obstacles as i responded to it naturally. Too much challenges were happening and i didn’t have time to doubt back about the location.

What was your first position at Pulse?

I started simple as a .NET Developper, but I had a lot of various tasks to perform. I was doing Frontend/Backend, Devops, Cloud/Infrastructure development an whole of bunch other fields at the same time.
I took knowledge of a lot of new technologies that i have never even heard of before and as i was the only developer they had that time i had to be flawless and withstanding the most intense stressful situations. Even though it sounds insane but i had the best time seeing the work through each project. 2 months after i joined the team i started to do masterclass the my teammates and supervise them on every new technology and i loved that. It’s been a year now and we had so much going on, we hired more people, we’re a bigger team now but it feels like time didn’t affect our relationship. We love working together. That’s literally the best achievement !

Now i’m more like a TechLead who helps the people who face technical difficulties, without forgetting my duty as a developer. I also interview new candidates and onboard them when they get hired.

How do you see Pulse growing ?

Before answering that, i think Pulse was the best opportunity for me, i couldn’t be better surrounded and introduced to the domain. It plays a huge role for a company to generate enthusiasm and framing this correctly have the power to go viral and leads to a huge uptick in the audience you’re targeting wether it’s candidate or client. It’s what we commonly call the culture company. I wouldn’t think that it was thought to be so but it happened naturally between people that were sincerely and passionately involved in their jobs. The only qualities that were asked for were positive attitude, creativity and goal-orienting, it actually helped assemble the best version of each one of us. Pulse is now mastering a model builder, and its beautiful culture would thrust it and establish a long term boost, where there won’t be a place for ripples.